News from Music Beat by the Boston Music Coalition

Music Coalition
Extended T Hours, Could Gain Social Capital?
This is the first in a series of reports that will examine the potential for economic gain for hospitality, entertainment venues, public safety and tourism throughout greater if the proposed MBTA hours are extended. 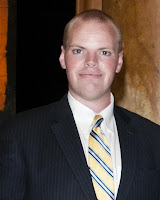 , December 20, 2011: State representative Sean Garballey (D-Arlington) is drafting a proposal to extend the MBTA hours on Friday and Saturday nights until 2:00 AM. At a time when the cash strapped MBTA is likely to increase fares for passengers, Rep, Sean Garballey, who co chairs the  MBTA legislative Causus in the House with rep sciortino (D) Medford along with Senator Jehlen (D) Summerville and Senator eldridge (D) Acton is independently working on a proposal to extend the hours of the MBTA for a potential win, win economic solution that could also provide a low cost and safe late night transportation option for both residents and tourist alike.
Music Beat began examining the proposal by talking directly to the drafter of the bill, Representative, Sean Garballey.
Music Beat: Who would benefit from the extended MBTA hours on the weekends?
Rep Sean Garballey: Extended T Hours will benefit residents and tourist who would like to stay out late and have a safe return from a venue, which allows for a lower cost option than a taxi. area businesses including companies structured around the creative economy would also benefit. All in all, it’s geared toward the consumer.
Music Beat: How would extended T hours be feasible in this current economic climate?
Rep Sean Garballey: The operational structure would include trains running every twenty minutes between the hours of 12:00 midnight and 2:00 AM instead of the current run of every twelve minutes. The price of the ticket to ride the T would increase as well.
Music Beat: Greater does seem to have an image that suggests early closings of the MBTA and some restaurant venues leaves the area less competitive when vying for tourists.
Rep Sean Garballey: Tourism is strong in . But our economy can continue to grow through entertainment and tourism.
Music beat will follow up with State rep Sean Garballey to find out the potential success of the bill which he hopes to bring to the floor early 2012, well before the elections.
Now that Boston’s’ Mayor Menino has created a six member commission to randomly spot check safety issues at night club venues in , we’ll provide additional reports to learn what others in tourism, venue management, hospitality. The local entertainment industry, and of course, the consumer as to what they to say about the proposed extended MBTA Hours.
News from Music Beat. The beat Continues ….
Contact: Ruffin
President,
Music Coalition
(888) 984-1495
DouglaR@BostonMusicCoalition.com
www.BostonMusicCoalition.com
Posted by Unknown at 10:28 AM